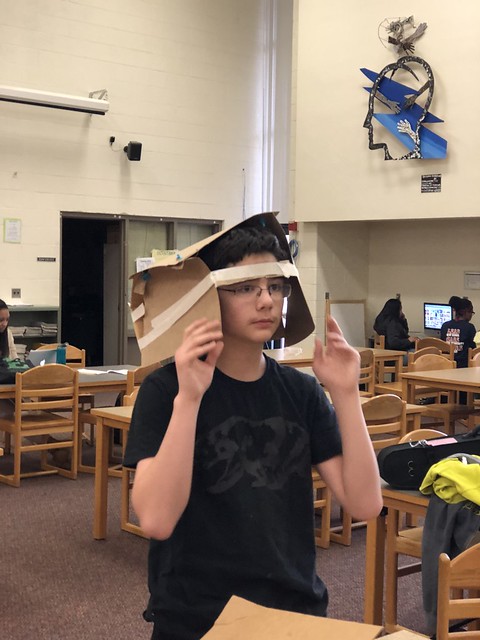 The next two weeks we had smaller groups as students were eager to get to spring break or were balancing other responsibilities. We had a lesson on sewing small monsters, but some people stuck with pillows because they were so tired! The week after that was a Cardboard Design Challenge that had some good engagement at first, but quickly dissipated as they reached something that satisfied them. One student really enjoyed the simple action of punching holes in the cardboard and then screwing in the MakeDo screws.